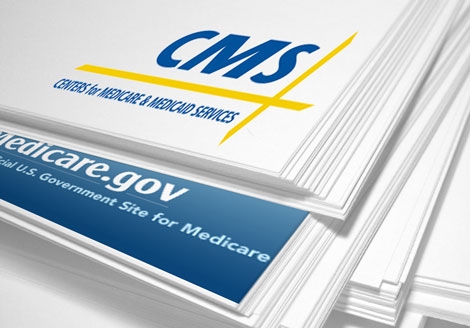 Just a month or two ago the message was clear: there will not be another delay in ICD-10 readiness and implementation on October 1st, 2014. However, on March 31st the House of Representatives passed H.R. 4302, which delays a 24% cut to Medicare physician payments. This cut is a result of the SGR or sustainable growth rate formula. The delay is for a period of one year. It is yet another patch to fix a long term issue. In fact, it is the 17th of such short-term patches enacted by Congress since the inception of SGR. The bill also contained an additional provision for a one-year delay in ICD-10 readiness and implementation. The unfortunate reality is that these decisions can be repealed as easily as they were enacted. This creates uncertainties for mid-size independent practices trying to create a budget and run normal business operations.
Another announcement came from CMS, the Centers for Medicare & Medicaid Services. A statement was released regarding claims processing for April 1 and beyond. WIthout congressional action on Medicare physician payment cuts and SGS formula changes the 2014 Medicare Physician Fee Schedule (MPFS) final rule is in question. The rule stipulated a negative update to the MPFS that was to be effective January 1, 2014. The fee reduction was delayed until April 1st with the passage of the Pathway for SGR Reform Act in 2013. The Act provided for a 0.5 percent update for services paid under the MPFS through March 31, 2014.
While CMS expects that congressional action will prevent the negative update, CMS has instructed the Medicare Administrative Contractors to hold claims containing services paid under the MPFS until April 14, 2014 on claims April 1st or later. This hold would only affect MPFS claims with dates of service of April 1, 2014, and later.
The good news is that this change should not significantly impact cash flow for clinics. For one, electronic claims for CMS are paid after 14 days of receipt. This means that claims submitted today would not normally be paid for until after mid-month and the MPFS issue is expectd to be resolved before then. Secondly, all claims for services on or before March 31, 2014, will be processed and paid as usual, which is where your cash flow will be generated over the next month.
Categories
Tags
accounts receivables aging receivables best medical billing company Best Outsource Billing Company best outsource medical billing company CareCloud Care Cloud cash flow Chicago IL Medical Billing Company clearing houses Efficient Medical Billing Processes EHR Adoption Electronic health records electronic medical billing Electronic Medical Records employee development EMR free medical billing assessment HIPAA compliance ICD-10 ICD-10 Readiness independent medical practices medical accounts receivables medical billing Medical Billing Collections medical billing experts medical billing minneapolis mn Medical Billing Process medical billing reports medical billing services medical billing software medical billing solutions Medical Billing Team medical billing technology medical office efficiency outsource medical billing outsource medical billing companies outsource receivables outsource receivables inc paperless medical billing workflow patient self pay practice strategy rejected insurance claims Revenue cycle management workflow strategy
Speak With An Expert