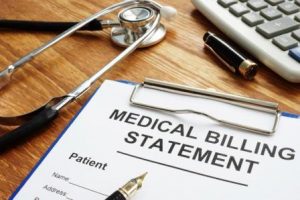 When we last discussed the status of surprise billing legislation in a blog dated January of 2020, the laws had not yet been voted through and signed into law. However, on December 27, 2020, one of the stimulus bills that Congress passed and the president signed into law included a ban on surprise medical billing. This inclusion in the bill prohibits health plans, facilities, and providers from sending patients bills that charge them out-of-network costs. For example, a patient receiving a surprise bill due to them being aided by an out-of-network provider while in an in-network facility. Providers are now required to work with payers to settle on a fair price, which typically focuses on bringing the bill down to where it would be if the provider had been in-network. The bill outlines it as such: “Patients are only required to pay the in-network cost-sharing amount for out-of-network emergency care, for certain ancillary services provided by out-of-network providers at in-network facilities, and for out-of-network care provided at in-network facilities without the patient’s informed consent.”
However, unlike the previous bill that would have set a benchmark reimbursement on rates, this bill outlines a new procedure. If the provider and payer cannot resolve on a price in a 30-day negotiation period, the bill requires the next step to be arbitration. An arbiter enters the discussion and defines a fair amount for the services based on what the providers are typically paid for such services. The final payment decision would then be made. However, it should be noted that the arbiters are not able to take Medicare and Medicaid rates into account when settling these debates. Additionally, the previous bill had stalled in negotiations on whether ambulance services would be included. This stimulus bill prohibits surprise billing for air ambulance services but excludes ground ambulance services.
These changes will officially take effect in 2022, so providers should be aware and prepared for when those measures are officially put into place. Contact Outsource Receivables Inc. if you have questions on how to improve your medical billing and how this new bill will affect your revenue going forward.
Categories
Tags
accounts receivables aging receivables Best Outsource Billing Company CareCloud Care Cloud cash flow Chicago IL Medical Billing Company clearing houses Efficient Medical Billing Processes EHR EHR Adoption Electronic health records electronic medical billing Electronic Medical Records employee development EMR free medical billing assessment HIPAA compliance ICD-10 ICD-10 Readiness independent medical practices Insurance Reimbursement medical accounts receivables medical billing Medical Billing Collections medical billing experts medical billing minneapolis mn Medical Billing Process medical billing reports medical billing services medical billing solutions Medical Billing Team medical billing technology medicare/medicaid Minneapolis MN medical billing outsource medical billing outsource medical billing companies outsource receivables outsource receivables inc paperless medical billing workflow patient self pay practice strategy rejected insurance claims Revenue cycle management workflow strategy
Speak With An Expert